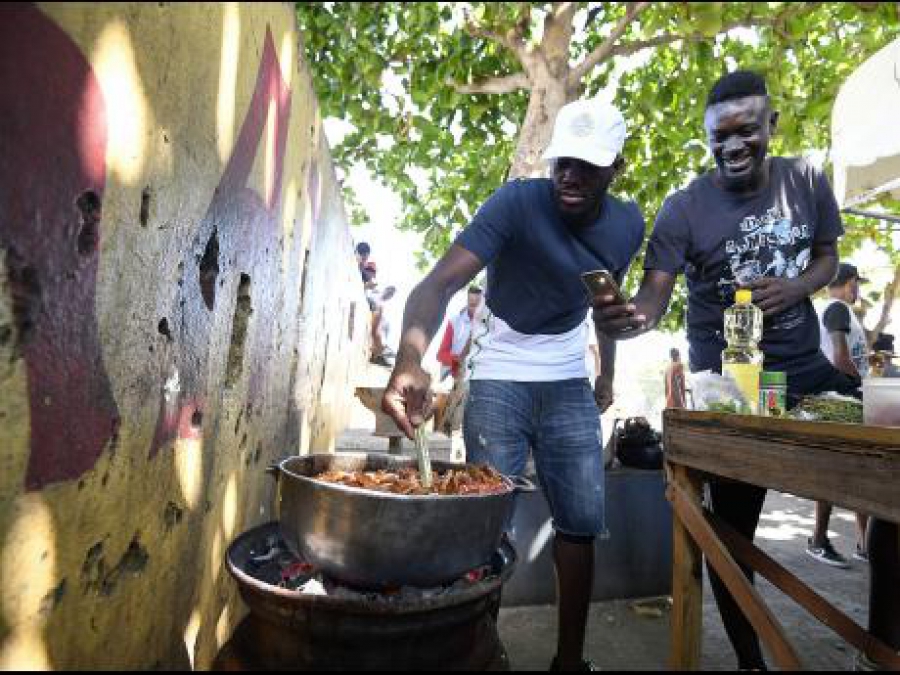 If you have ever heard the term 'run a boat', then you should know that it means money or food will be pooled together to cook up something quick and easy.

That was the energy at GraceKennedy's Flava with a Beat campaign launch at Nannyville, Kingston, on Wednesday. As a community-engagement initiative, the corporate giant is using its brand ambassador, Ding Dong, to reach youths across the island.

According to Ricardo Smith, the channel programmes and promotions manager for Grace Foods, the campaign, which features the brand's tinned mackerel, aims to have communities interact by sharing different recipes.

"This is going to be the biggest, most epic activation," he said. "We are encouraging other communities to get involved with us on social media to show us how they usually do it, using Grace products," he added.

More than five Nannyville residents participated in the launch of the campaign. One participant was Ding Dong Ravers, who was assisted by members of the Ravers Clavers dance crew and footballer Dickoy Williams. The dancehall entertainer decided to show his skills at cooking what he says is the "ghetto classic national dish" mackerel in tomato sauce and franks served with boiled cornmeal dumplings.

"Everybody cook dem tin mackerel differently, but one thing mi always do is remove the bone. Nuff time you a consume it and the bone throw yuh off. It's all about the presentation," Ding Dong told THE WEEKEND STAR.

Although persons were fascinated by Ding Dong's method of removing the bones and gathered to watch him cook, many were captivated by another dish being prepared on the corner of Abeng Way. Robert Lindsay, a chef for almost 30 years, stole the attention with his curried mackerel in coconut sauce.

"It name Flava with a Beat, and if I am doing something different, this is it," said Lindsay. "Other ways people must try is sweet and sour, pineapple and mackerel, and mackerel deep-fried in batter."

Lindsay continued: "I am not an international chef, but I once had a little cook shop, and when running boat, sometimes you have to mix it up."

One resident generously expressed her gratitude for the Grace and Ding Dong execution. The entertainer will be the face of the campaign.

"It's the greatest thing to have Grace returning to the community. The brand stands out as one of the oldest used to run boat. Mackerel and franks is something quick to cook fi mi pickney eat," she said.

Tweet
More in this category: « 19 Things To Do Around DC This June Racers Grand Prix: Sprint queen Fraser-Pryce signals return to form with 11.10s win »
back to top