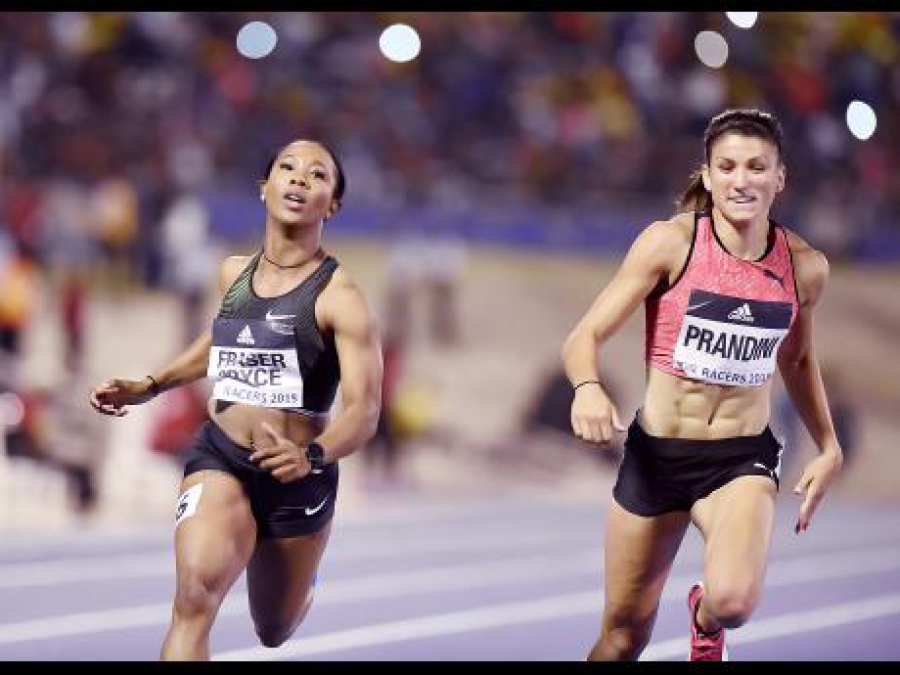 KINGSTON, Jamaica — Jamaica's sprint queen Shelly-Ann Fraser-Pryce signalled a return to form when she topped the women's 100m in a new season's best of 11.10 seconds at the third staging of the JN Racers Grand Prix at the National Stadium.

Fraser-Pryce the 2008 and 2012 double Olympic champion has been on the rebound since giving birth to her son a few months ago, having earlier clocked 11.37s and 11.33s, the latter coming recently at the Cayman Invitational.

"I am just taking it a race at a time and trying to improve. But I am excited about the time and I am just going to keep working and looking forward to the rest of the season," the sprint queen said in a post-race interview.

American Jenna Prandina who defeated Fraser-Pryce at the Cayman Invitational, had to settle for second this time in 11.14s, while Jamaica's rising 16-year-old sensation Briana Williams was third in 11.26s.