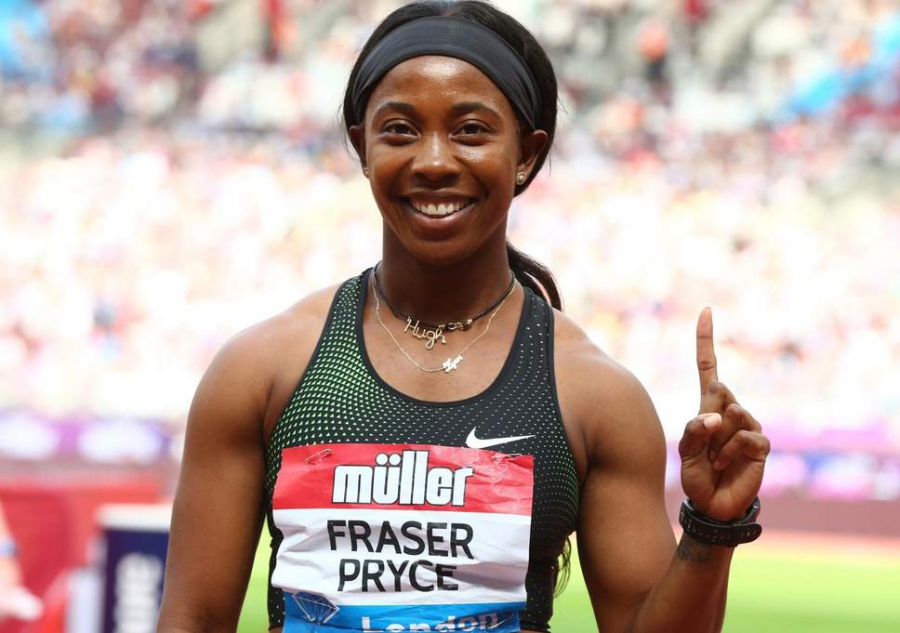 Olympic and World 100m champion Shelly-Ann Fraser-Pryce sent out a very strong message to her rivals that she is slowly getting back to her best, after clocking a season best 10.98 seconds, to win the Women's 100 metres at the London Diamond League today.

Fraser-Pryce, who is returning to competition this year after giving birth, is using the season to tune up for upcoming cycle of championships that start with the World Championships in 2019.

Competing at the same track where she posted a meet record of 10.77 seconds in 2013, Fraser-Pryce was left back at the start but ran back strongly to take the win ahead of the United States' Dezerea Bryant, who was second in 11.04 seconds, as Jamaica's Jonielle Smith finished third in a personal best 11.07 seconds.

Commonwealth Games 400m hurdles champion Janieve Russell, like she did in Lausanne, lost narrowly to the United States' Shamier Little in the Women's 400m hurdles, after finishing second in 53.96 seconds, as Little won in 53.95 seconds, with Dalilah Muhammad of the United States taking third in 54.86 seconds. Jamaica's Ristananna Tracey finished sixth in 56.07 seconds.

Several other Jamaicans competing at the meet produced season best in their events. After a 9.99 seconds clocking in his heat for second place, former World champion Yohan Blake improved in the finals to 9.95 seconds in a close fourth place finish.

The United States' Ronnie Baker won the event in 9.90 seconds ahead of Great Britain's Zharnel Hughes, 9.93 seconds with third going to Akani Simbini from South Africa in 9.94 seconds.

National champion Tyquendo Tracey finished sixth in 9.98 seconds but earlier sped to a personal best of 9.96 seconds when finishing fourth in his heat. Tracey became the 20th Jamaican to dip below 10 seconds in the 100m.

The Meet, which ends tomorrow, will see several other Jamaicans competing.