19 Things To Do Around DC This June 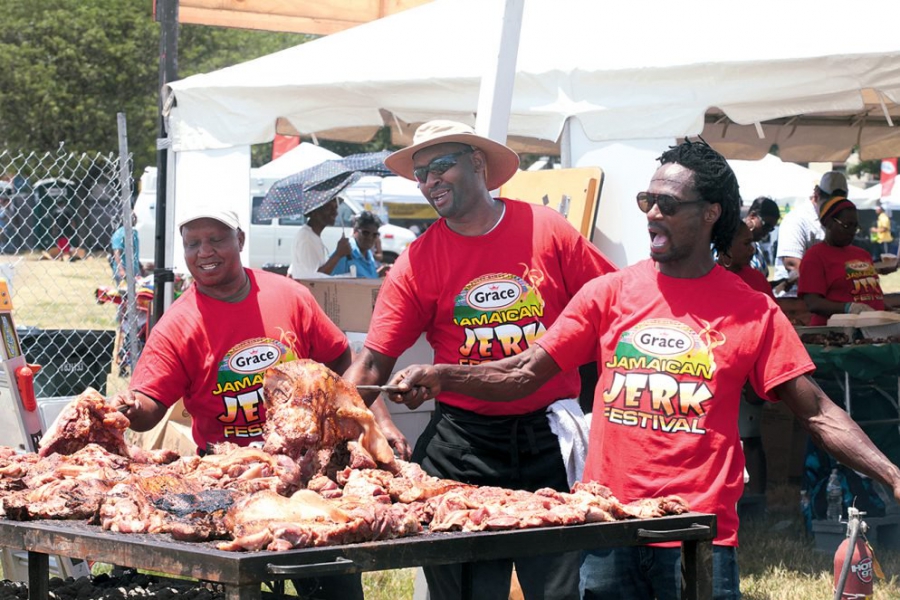 Now in its third year, this giant party offers all sorts of Caribbean food along with music and other attractions ($25 to $35). But the main event is jerk, the Jamaican style of marinated barbecue. Celebrity chef Hugh “Chef Irie” Sinclair, who’s appearing at the fest, gives us a primer.

How It’s Made
“You have pimiento from the allspice berry, Scotch bonnet, ginger, thyme, onions. The traditional way is to cook it on the outdoor grill—just let it smoke and slow-cook. You can pretty much jerk anything. It is not just about seasoning but embodying the culture of Jamaica through that particular way of cooking food.”

Where It’s From
“Jerk was a method of preserving and cooking meats back in the days of slavery in Jamaica. Escaped slaves, called the Maroons, were able to preserve meats in the mountains where they were hiding using spices they found.”

Why a DC Fest Makes Sense
“Because of the cultures that are represented in DC—not just Caribbean but a huge part of the African diaspora—barbecue is a big part of our culture. And everybody was cooped up in the winter and wants to be outside this time of year. To go outside and smell food cooking on the grill with fresh smoke, fresh meat—I think it’s going to be huge.”