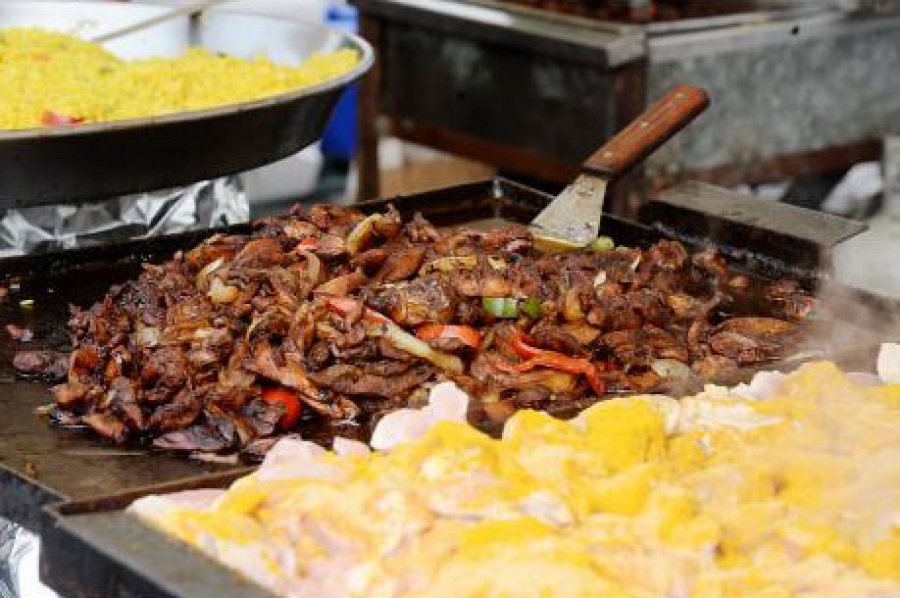 Denvil Myrie's jerk oxtail was one of the most sought-after menu at Sunday's staging of the Jamaican Jerk Festival in Washington, DC. The New York-based chef and his Jerk at Nite team were kept busy throughout the day serving up the mouth-watering dishes.

"This is the first time I am even having oxtail but I am liking the taste. Its flavourful and spicy. I am sure I cannot cook this myself, but I am hoping to try it again," Virginia resident Mary Cheffe said.

Like Cheffe, many other foodies curiously flocked the Jerk at Night booth to taste not only the oxtail but the golden brown jerk salmon as well.

Myrie has been successfully operating Jerk at Night from his mobile kitchen for little over three years. His customers come from far and wide, anxious to get a taste of his Caribbean-inspired dishes. The Rastafarian chef was born to Jamaican parents in New York but spent his earlier years in Mandeville. He told Food that he shared a love for the culinary arts and was extremely fascinated with Caribbean dishes from he was a youngster.

"I got a basketball scholarship and attended Howard University, but when I left I realised I still had a passion for meal preparation so I decided to embark on a culinary career. I have a staff of at least 12 and together we create magic in our kitchen," he said.

Myrie is tight-lipped about his recipes, but shared that his ingredients often include lots of herbs and spices.

"Our Caribbean culture is something to be respected. This restaurant gets people in the door as they all want to try Jamaican food, but we also have a variety of other dishes, all of them Caribbean. It may not be as authentic as that cooked in Jamaica but it is close. We don't have enough hands to sell sometimes," he said.

The Jamaican Jerk Festival was held during National Caribbean American Heritage Month at the RFK Stadium, Festival Lawn at Oklahoma Avenue, Lot 6. It also featured cooking de-monstrations from a host of other Jamaican and Caribbean centres.